Chorizo sausage, fresh mozzarella pearls, spicy marinara: all stuffed into an eggplant shell and topped with melted Parmesan. Perfect on its own, or served with a side of pasta. 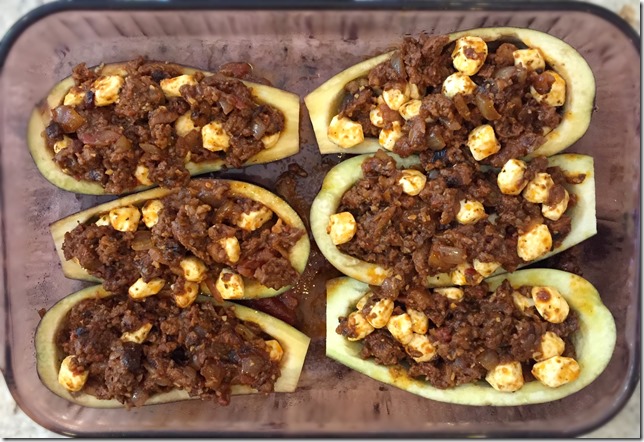 Be sure to use medium sized eggplant. The skin on large eggplant is too thick to eat unless cooked for much longer than this recipe.

I love  chorizo sausage in this, but you could also use a mild or spicy Italian sausage. I also use a spicy marinara sauce (like Arrabiata), but you can use whatever your family prefers. 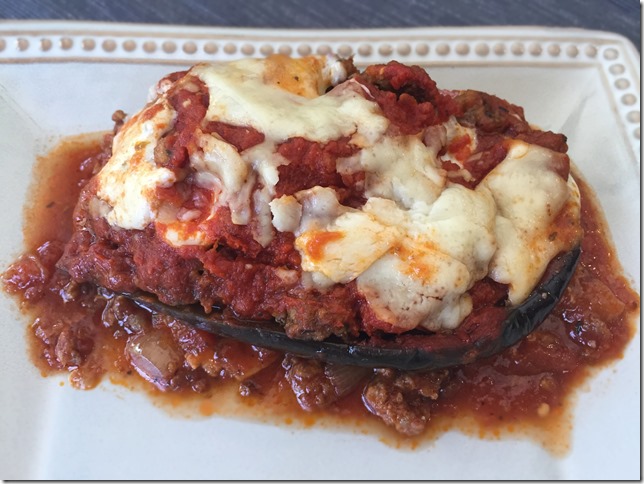 In a large skillet, cook chorizo over medium-high heat until browned; drain grease (place chorizo in a paper towel lined bowl to remove excess grease). Return chorizo to the skillet with the chopped eggplant, onion, and garlic. Stir in Italian seasoning, salt, and pepper. Cook until eggplant is soft, about 5-7 minutes. Remove skillet from heat.

Add the mozzarella pearls to the sausage mixture in the skillet and stir gently. Quickly (before the cheese melts) spoon mixture evenly into the 6 eggplant halves. Top the filled eggplant boats with remaining marinara sauce.
Bake, uncovered, for 30 minutes. Sprinkle with fresh Parmesan and bake for an additional 15 minutes.