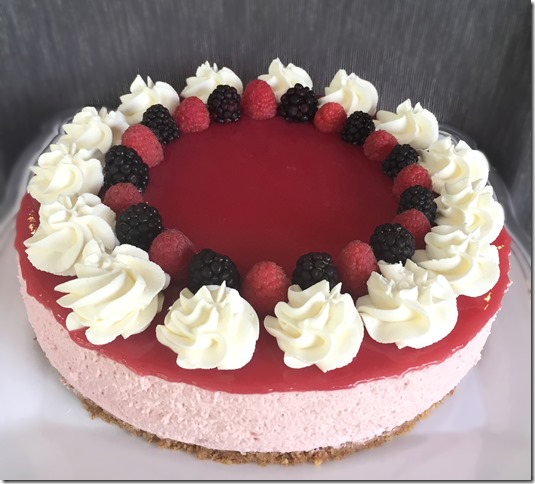 A light and delicious sugar-free dessert that will please the whole family.

The filling is a no-bake light and airy cheesecake flavored with pureed strawberries and raspberries. 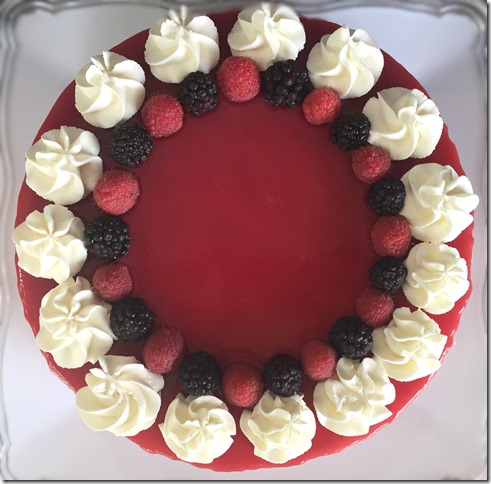 Take your dessert from simple to stunning by topping with a fresh raspberry glaze and garnishing with stabilized whipped cream and fresh berries. 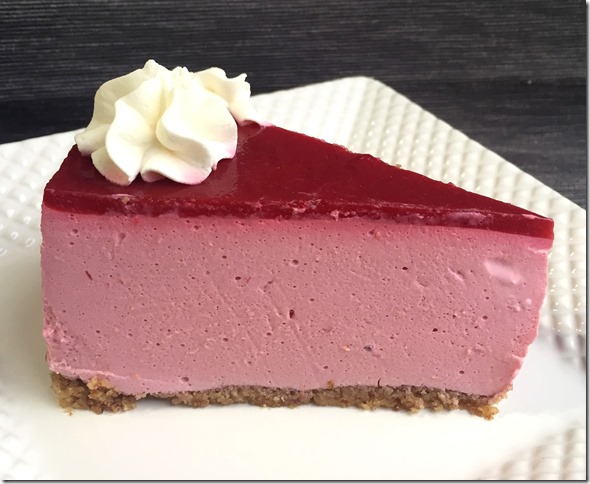 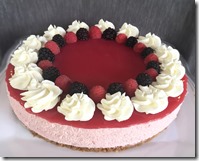 Remove 1 tsp gelatin from one of the packages and set aside to use in the glaze later. Place water in a microwave safe bowl; heat for 30 seconds. Slowly stir remaining gelatin into the water. Let sit for 5 minutes. Microwave for an additional 15 seconds, or until gelatin has completely dissolved.

Place strawberries and 1 pint raspberries in a food processor or blender. Blend at high speed until pureed. Add gelatin/water mixture to berries and pulse to mix. Add fruit mixture to cream cheese mixture and beat until smooth. Taste mixture and add additional sweetener, if needed.

For a smoother cheesecake edge, place an acetate strip around the inside edge of your springform pan. Pour mousse mixture over cooled crust in the springform pan. Refrigerate for at least 4-6 hours or until firm. (Glaze topping can be added when top is set, about 1 hour)

Add sweeteners to the fruit puree in the small saucepan. Heat over medium heat until mixture comes to a boil; boil one minute. Remove from heat and let mixture cool to room temperature. Taste glaze and add additional stevia (1-2 drops at a time), if additional sweetness is needed.

Pour glaze over cheesecake (cheesecake top needs to be set before pouring on the glaze, but the center doesn’t need to be completely firm). Continue to chill until entire cheesecake is set and firm, about 4-6 hours total.

Garnish:
Combine cream, cream cheese, vanilla, and stevia in a mixing bowl and beat until stiff peaks form. Pipe onto top of chilled cheesecake and garnish with fresh berries.